The Bubble and the Nest Egg: A Founder’s Entitlements Founder

The Founders may have risked their all for us, but before they died they were not adverse to cashing in. The same day, December 23, 1793, that Thomas Johnson sent his letter of resignation, as one of the three commissioners readying the City of Washington for the reception of the federal government in 1800, the commissioners finalized the sale of 6000 lots in the new City of Washington, about one-fourth of the marketable land, to James Greenleaf and Robert Morris for under half the going price. During negotiations for the purchase of Washington lots, Greenleaf bought 15,000 acres of Commissioner Johnson’s land in the Potomac valley for 5,000 Pounds (The country had embraced the dollar but only for things like calculating the national debt; what counted was priced in pounds, shillings and pence.)

In his letter of resignation to President Washington, Johnson explained that he wanted "to benefit myself by the rise of the city to which a long friendship for the Potomack and every exertion in my power in its favor fairly entitle me."

Both born in 1732, Washington couldn’t get enough of Johnson, who was not lovingly called “The Little Rooster.” They became friends during the Revolution when Johnson was Governor of Maryland. Washington put Johnson on the Supreme Court and offered him Secretary of State. As for Johnson’s self dealing, Washington was not adverse to the precedent it set.

Washington had introduced the young Boston speculator James Greenleaf to the commissioners. Fresh from making a killing speculating on American debt in Holland, Greenleaf came to the president and explained that he planned to form a partnership with Washington’s close friend Morris and that they hoped to use profits from their investment in the City of Washington to buy lands in the West. It was no secret that Washington owned thousands of acres out there. In his letter introducing Greenleaf to the commissioners, Washington asked them to “listen with attention and weigh with candour any proposals.” 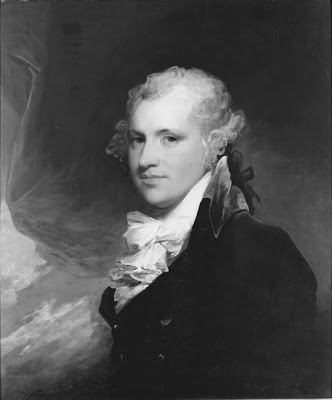 In their letter to the President, the commissioners were candid in turn, adding, “Messrs. Greenleaf and Morris do not confine themselves to the city….”

Back in Philadelphia Greenleaf and Morris soon intimated to Washington that they wanted to buy his Western lands. At the same time, there was a snag in the deal for Washington lots. Secretary of State Jefferson ruled that the speculators could not get deeds for any lots until they paid for them.

In the First Deal, European banks held all the big money card. The speculators needed deeds to take to Holland to get mortgages. Fortunately, Jefferson resigned. Washington appointed Edmund Randolph to State and that worthy dabbled in stocks. Recently Morris had lost half million dollars when a British bank collapsed; Randolph, then Attorney General, lost $2,252.50. Randolph ruled that on reputation alone the speculators could get the deeds to 1,000 city lots. Washington appointed their agent Vice US Consul to Amsterdam (Greenleaf was already the consul) and off he went to get the Dutch money.

In mid May 1794 Washington got a note from Greenleaf, then in New York, with the latest news from Europe and when Greenleaf said he would soon be in Philadelphia, Washington assumed he was coming to close the deal for his land. Washington sent Morris a list of his holdings and their value.

After his heroics in the French and Indian War, Washington and other colonial officers were given warrants for unsettled lands in the Ohio River valley. Knowing that lesser men preferred cash, Washington bought as many warrants as he could from comrades for as little money as possible. Although these warrants predate the Revolution, it’s not unfair to say they are the first American entitlements, the first shine on the American Dream, and how Washington loved them.

He told Morris that his lands promised “the richest future harvest of any thing of the kind I have contemplated.” He was very keen on “the Town of Mount Pleasant at the confluence of the Ohio and Great Kanawha.” In an addendum titled “Land Belonging to the Subscriber West of the Alleghany Mountains and the Great Dismal Swamp of Virginia,” he listed 11 parcels of land in what is now Virginia, West Virginia, Pennsylvania, Kentucky and Ohio, totaling 54,702 and ½ acres, valuing the parcels at between 3 shillings 9 pence, and 40 shillings. But even though he thought the land was “richly worth the sum” listed for each parcel, and the whole total value was 57,332 Pounds, he would sell the lot for 50,000 Pounds. With an exchange rate of 7 shillings 6 pence for one dollar, he would make $133,000, several times his Presidential salary of $25,000 a year.

Thanks to subsequent bankruptcy proceedings, the business plan of Greenleaf and Morris is known. When they first hinted at buying Washington‘s land, they had already decided that they’d be fools to pay more than three shillings an acre for Western lands. And the speculators amassed 6 million acres bought more or less at that price. (Johnson’s lands were east of the mountains and thus fetched a higher price.) But Greenleaf’s agent sent bad news: no mortgages and even the speculators securitizing most of the land did not entice Dutch bankers. The bubble soon burst. Greenleaf went to Philadelphia’s Prune Street Debtor’s Prison first, in 1797, $2 million in debts, including payments due to Thomas Johnson. Morris followed in 1798, $3 million in debt.

Retirement in those days, even for the 1%, was no genteel tea party. Washington feared he wouldn’t even have enough money to pack up and get back to Mount Vernon when his second term ended on March 4, 1797. His insider dealing stymied, Washington advertised his lands for sale in the Philadelphia newspapers and snagged two buyers, both “colonels.” As he bitterly put it: “to clear me out of Philadelphia, and to lay in a few necessaries for my family, I sold two valuable tracts of land in the State of Pennsylvania a short time before I left the City, for 22,000 dollars.” That’s 20 cents on every dollar of his American Dream. Not that he actually got that much. Both buyers paid by installments, one with what Washington described as “drib'ling payments.” Undaunted, in his last will and testament Washington valued his Western lands at around $325,000.

Washington was called out of retirement to lead the American army organized to fight off an expected French invasion. Back in Philadelphia in November 1798 he visited Morris at the Prune Street prison. No one knows what they talked about. Perhaps Western lands came up. We know now that Morris had a better grasp of their true value. The town of Mount Pleasant that Washington thought had such potential became today’s Point Pleasant, West Virginia, population 4,637. 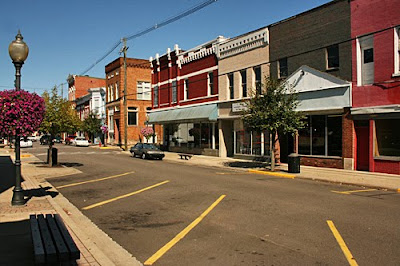