"Six Freemasons from Edinburgh" and the White House 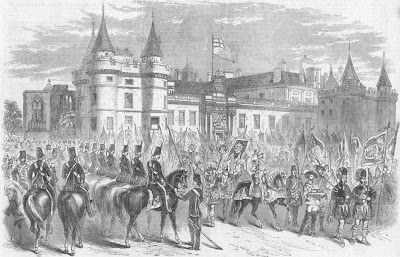 Someone e-mailed me asking about the "six Freemasons from Edinburgh without whom the White House would not have been built." I had a sudden warm feeling and envisioned those master craftsmen leaving Scotland, sailing to New York or Philadelphia, greeted there by Federal officials, escorted to the Potomac, housed and feted with due ceremony before they got to work, all accompanied by Masonic choral music composed by Mozart! (The print above is from 1858 and of Freemasons parading from Edinburgh.)

George Washington was a Freemason, a relationship immortalized in the iconography of the great man. 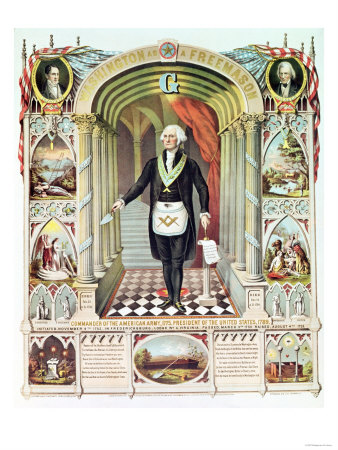 Many Masonic websites celebrate that and many of them add that: "Records in the Grand Lodge of Scotland Museum indicate that Bro. George Washington recruited six Masons from Edinburgh, Scotland to help build the White House in Washington, D.C." 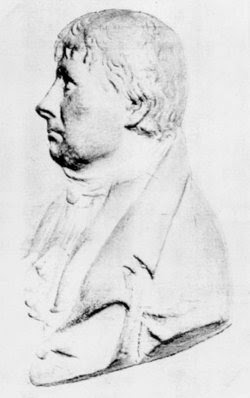 Back to December 1794, twenty masons were working at the Capitol.


Some of them were Scots, and those that were soon made it plain where they had come from. They were about to get their wages docked unless they accepted the same piecework contract that Irish masons had agreed to. The Scots prefaced their petition to the commissioners by saying: "We the under named Masons, who were induced to come from different parts of the continent to the Federal City, under expectations of meeting with good wages...." They were already in America when they heard about work in the new city.

Collen Williamson, the first supervisors of masons, was hired in 1792. He was born in Scotland and bragged about the castles he built there. But he was already in New York City when he heard about the job from a relative, John Suter, a Georgetown tavern keeper. You can see the contract between him and the commissioners in the George Washington Papers at the Library of Congress Manuscript Division: http://memory.loc.gov/mss/mgw/mgw4/109/0700/0704.jpg)

Masons began laying stone at the White House in April 1793, a year after Williamson was hired. That was plenty of time for Williamson to get masons from Edinburgh. There is no evidence that he did. Masons in Maryland and Virginia organized the parade to Capitol for ceremonial laying of the cornerstone in September 1793. Newspaper accounts listed the order of parade which was led by masons from Alexandria and Maryland. That was a great opportunity to show off the six masons from the Edinburgh lodge, but none were there. 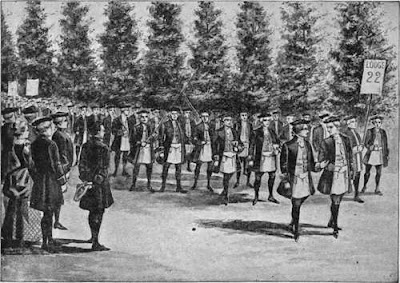 An artist's conception of the Masonic parade to the Capitol

It is  fair to say that President George Washington tried to get masons from Scotland, but he longed for foreign masons because they might come cheaply. Americans of the ruling class then had a stubborn conviction that all American labor was over paid and that European workers were eager to come to America and would work for less pay, perhaps even as indentured servants.

In a 5 July 1792 letter to a Georgetown merchant named John Laird, who was going back to Scotland, the commissioners Washington appointed to oversee construction of the public buildings offered to pay 12 shillings Sterling a month for laborers he might find in Scotland, single men only. They also sought indentured servants, promising freedom to common laborers after two years work, less time required from mechanics: "They will be employed in public work only, and their living found as free men, we desire the Mechanicks to work only, Sixteen Months, and the Laborers two Years, from their arrival at this Port." (Commrs letterbook vol. 1 pp 97-8.)

In the 18th century, anyone who did physical labor was a "mechanick," but, as in this letter, a distinction was drawn between mechanicks who practiced a particular trade and "common laborers." The wage offered is a bit more difficult to parse. Using the rate of 4 shillings Sterling at $1, the commissioners wanted to pay laborers $3 a month. At that time, they were hiring slaves at the rate of $5 a month (money going to the slave owner, of course.) Another interesting remark in the letter: the commissioners only wanted "single men only." Their goal was to build the city without peopling it with working class families.

President Washington was very keen on getting indentured workers. It was how he commonly got skilled white workers for Mount Vernon. One of his indentured servants, an Irishman, did stone work at the White House once he was did his time at Mount Vernon. The president wrote to the commissioners: "...it would be better.... to have them indented at the time of engaging them, specifying the number of years they are to serve to commence at the time of their landing in the U.S.... And if mechanics of a particular description are most essential it would be well, in order to secure their Services beyond the term for which they might be engaged for their passages, to stipulate at the time of engaging them, that they should serve one, two or three years over and above that time at £ ... per year."

Washington left the wage blank. It went without saying that he wanted it as low as possible. What he was especially after was a low wage set for as many years as possible. Thus, there would be no demands for higher wages.

Washington added that he heard that German labor would be cheaper, though he thought an attempt should be made to indent some workers from Scotland, "whence many good and useful mechanics may undoubtedly to be had. I have been more particular in respect to Germany because they may probably be obtained from thence on better terms than from other quarters, and they are known to be a steady, laborious people."

Six masons from Hamburg, anyone?

In due time, Laird, who went to find workers in Scotland, wrote back to the commissioners that with "great demand and building going on in all the towns.... It is our opinion good men could not be engaged to go to America unless they were assured of near double the wages they get here."

The President was dumbfounded and urged the commissioners to redouble their efforts: "The more I consider the subject, the more I am convinced of the expediency of importing a number of workmen from Europe to be employed in the Federal City. The measure has not only oeconomy to recommend it, but is important by placing the quantity of labour which may be performed by such persons upon a certainty for the term for which they shall be engaged."

George Walker, a Scottish merchant who was a big landowner in the new city, also went back to Scotland to get workers. He had no luck.

Meanwhile, the Scottish Master Mason in the city, Collen Williamson, wasn't working out well. He bothered the commissioners with lectures on castles in Scotland and they fired him on the grounds that he was too old. He was 65. Williamson complained about that treatment to both Presidents Washington and Adams, and demanded to be rehired. He bragged about his accomplishments in Scotland and his work on the foundation and first story of the White House. In none of those letters is there any mention of "six Freemasons from Edinburgh."

Here is a taste of how Williamson importuned the presidents. This to the newly inaugurated John Adams:

"I should not have troubled you in writing but considering myself still in the public employ, I think it my duty to give information of what has been going on here for too long a time. There is a James Hoban, an Irish carpenter engaged as arcteck for the President's house from Charleston and soon after came acompany of thives his former associats.... The gentlemen here says it was good policy in Hoban to get me putt out of place fore then there was non to restrain them, they did as they pleasd, this man have been a recepticle for all the Irish vagbons that came in his way, there is noting here but fighting lying and stealing and will be as long as this man is in power..." 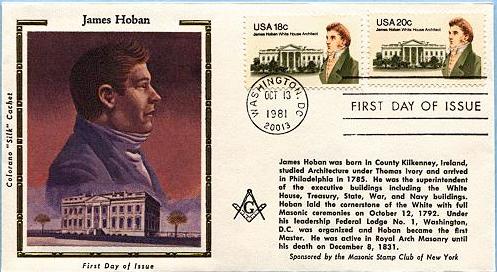 But with Hoban's rise, the city's Masonic Lodge was organized with that son of Kilkenney, not anyone from Edinburgh, as its leader.
Posted by Bob Arnebeck at 7:19 PM